Prepare yourself to be dazzled by exciting entertainment.

Avoid extra service fees by purchasing tickets directly from our box office at 586-268-3200, Monday–Friday 9 a.m.–5 p.m. Tickets are also available online through Ticketmaster.com. We do not authorize the selling of our tickets from any other source.

Andiamo Celebrity Showroom showcases many of today’s top stars in a setting that is second to none. Attracting great names in entertainment like The Temptations, Blue Oyster Cult and Andrew Dice Clay. See big name entertainment in our intimate 800-seat showroom, where every seat is a great seat.
7096 East 14 Mile Road I Warren, MI 48092 I (586) 268-3200 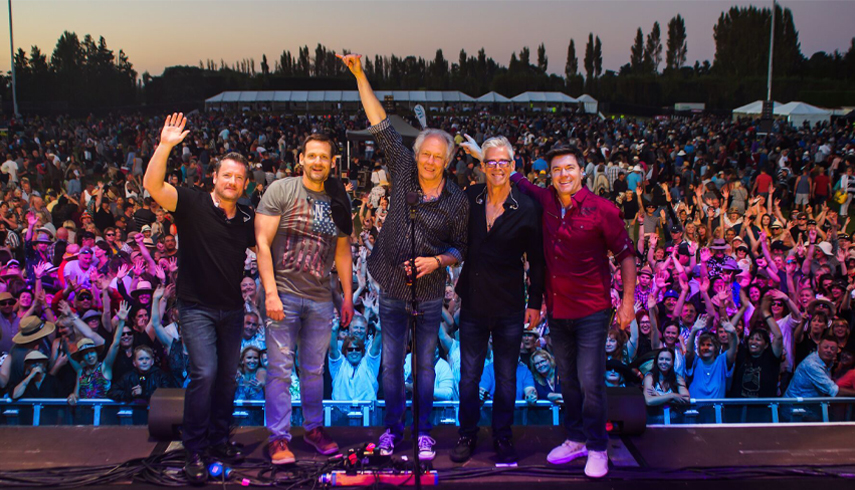 The Eagles founding member, the late Glenn Frey, knew what he was saying when he dubbed Little River Band “the best singing band in the world.” The current lineup of LRB takes that accolade to heart each and every time they perform.

Through the ‘70’s and ‘80’s, LRB enjoyed huge chart success with multi-platinum albums and chart topping hits like:

Worldwide album and CD sales now top 30 million. And in 1982 LRB set a record for having had Top 10 hits for 6 consecutive years – In fact, they were the very first band to achieve that remarkable plateau! According to BMI, “Reminiscing” has garnered rare status with over 5 million air plays on American radio, and “Lady” is close behind with over 4 million air plays. 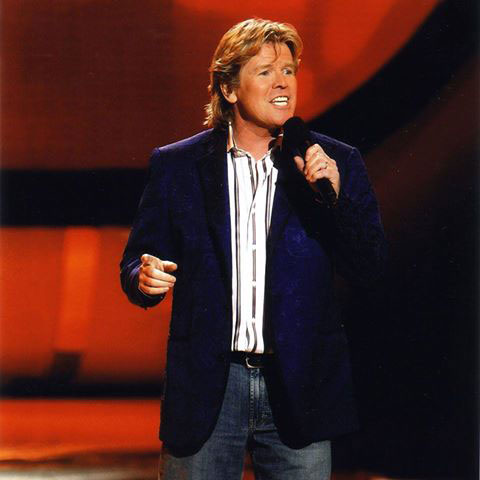 Peter Noone achieved international fame as Herman, lead singer of the legendary ’60s pop band Herman’s Hermits. His classic hits included: “I’m Into Something Good,” “Mrs. Brown, you’ve Got A Lovely Daughter,” “I’m Henry VIII, I Am,” “Silhouettes,” “Can’t You Hear My Heartbeat,” “Just A Little Bit Better,” “Wonderful World,” “There’s A Kind of Hush,” “A Must To Avoid,” “Listen People,” “The End of the World,” and “Dandy”. Ultimately, Herman’s Hermits sold over 60 million recordings. In all, fourteen singles and seven albums went gold. The Hermits were twice named Cashbox’s “Entertainer of the Year.” Noone consistently plays to sold-out venues the world over. Most recently, Noone starred in the recurring role of “Paddington” on the CBS daytime drama, As The World Turns. His colorful performances instantly made him a favorite of the soap opera magazines and online message boards. There is no doubt that Peter Noone’s extraordinary talent, disarming wit, handsome features, and compelling stage presence will continue to delight fans of all ages when he takes the Showroom stage. 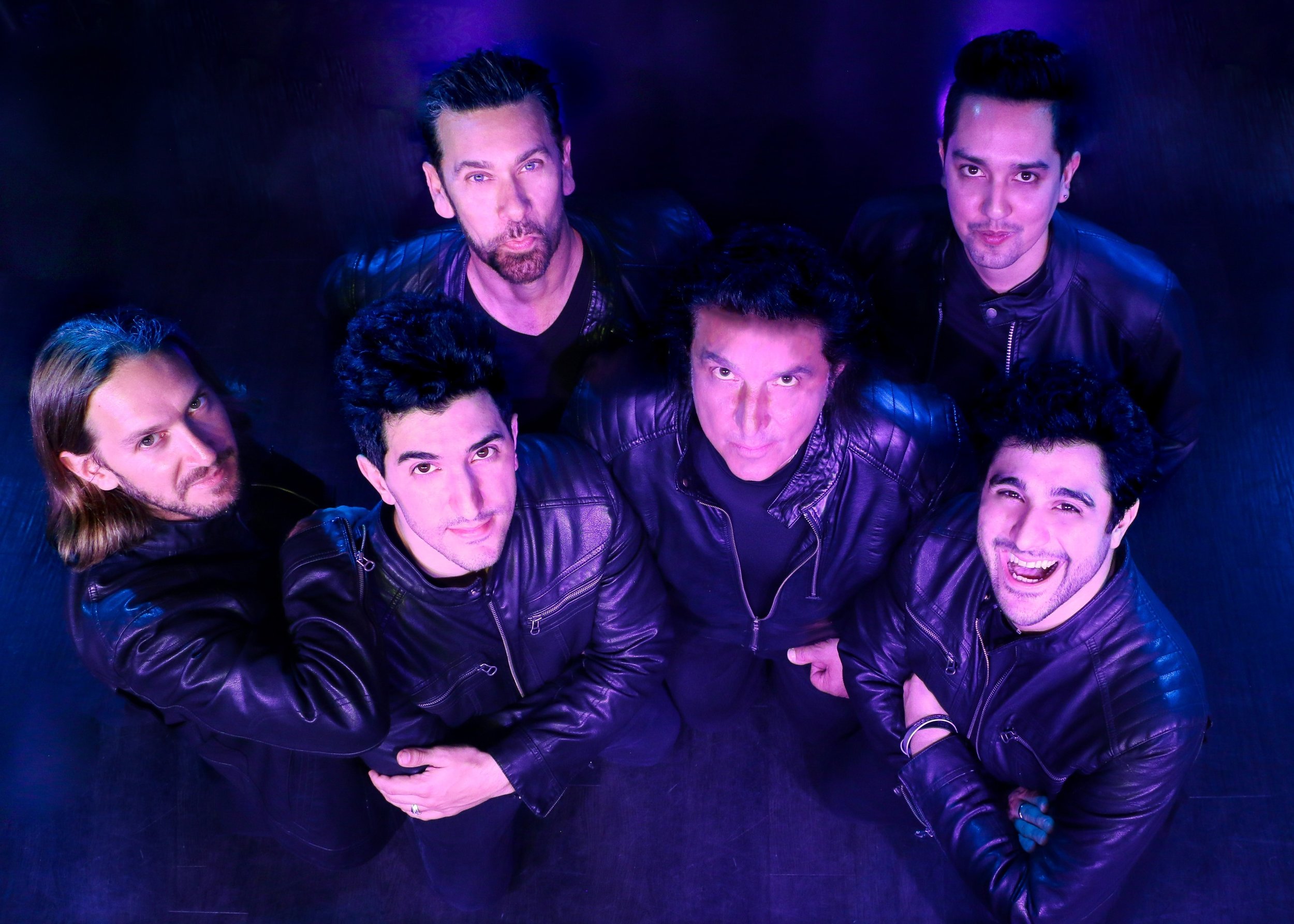 Buckle your seat belts because The Bronx Wanderers deliver a “Back to the Future” type of rocket fuel in this high-octane 50s, 60s and 70s Rock N’ Roll experience!
Tap into the infectious energy of the music that skyrocketed classics like “American Graffiti”, “Happy Days” and “A Bronx Tale” to immediate success. Weave that nostalgic adrenalin into a soundtrack of the greatest hits of rock n’ roll replicated in a way that only a master record producer can achieve. Add in some genuine pros from the era and then unleash a youthful show-stopping charisma of the sons’ modern day indie band musicians. Finish off this heart-pumping mix with the lovingly engaging dose of pure Italian “famiglia” and you might come close to capturing the seemingly “magical” appeal of The Bronx Wanderers! 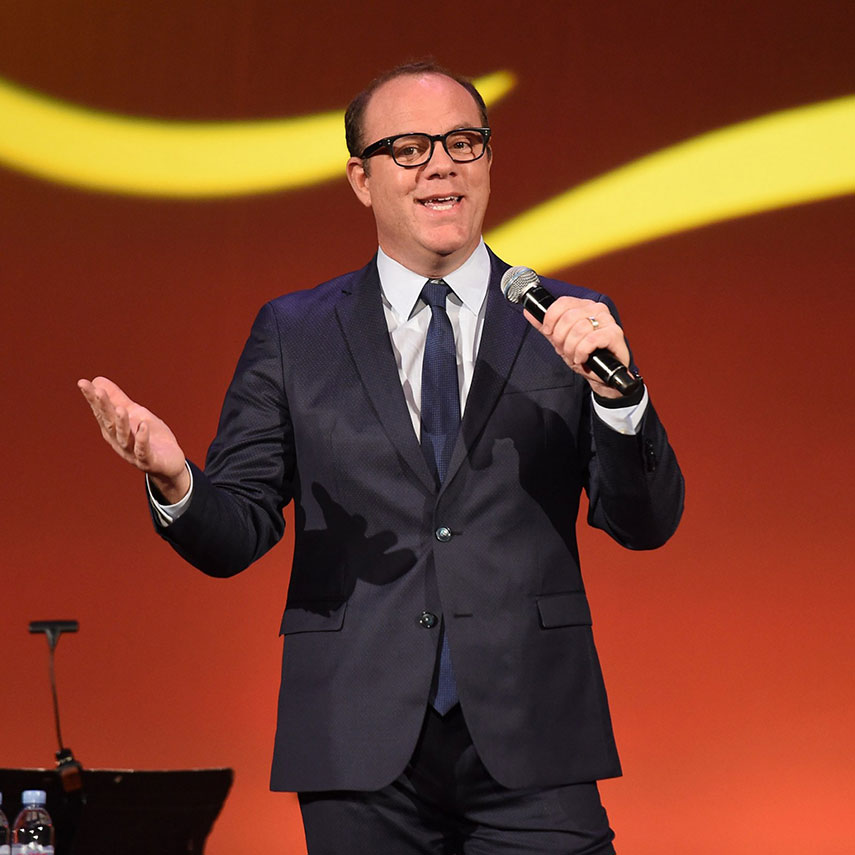 With more than 20 years as a stand-up comedian, Tom Papa is one of the top comedic voices in the country, finding success in film, TV, radio, and podcasts as well as on the live stage. He is a regular guest on The Joe Rogan Experience podcast and the late-night TV shows. He’s published numerous books, including You’re Doing Great!: And Other Reasons To Stay Alive, a collection of essays on how people really live in modern America and what’s truly good and wonderful about our lives. Tom’s first book, “Your Dad Stole My Rake: And Other Family Dilemmas”, was released on June 5, 2018 from St Martin’s Press, making “Summer Must Read” lists from Parade Magazine to The New York Post. The comedic book takes a hilarious look at the host of characters in our families with bizarre, inescapable behavior. Tom is a regular on Netflix, with four specials airing. Tom’s new podcast, Breaking Bread with Tom Papa, features Tom and his guest for an hour of eating, drinking and enjoying life. Listeners are invited to take a seat at the table as Tom and his guests celebrate the true meaning of breaking bread with insightful, revealing and always funny conversations. Tom is host of the daily Netflix radio show, What A Joke With Papa And Fortune, on SiriusXM’s Netflix Channel, airing Mondays through Thursdays from 10 a.m.–noon ET. 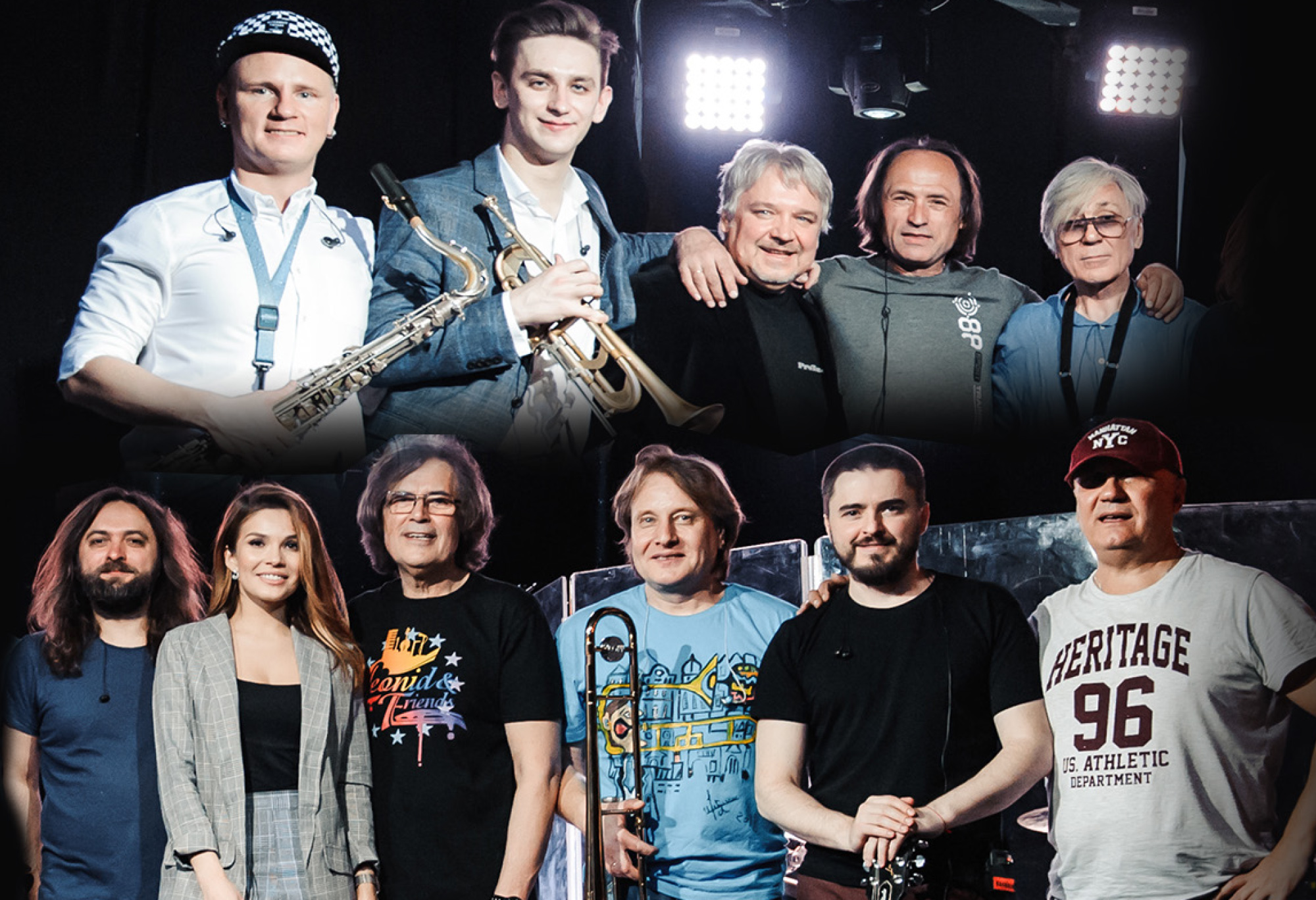 In just four short years, LEONID & FRIENDS, the World’s No. 1 Chicago Tribute, have blown the minds of legions of fans with their uncanny ability to capture the spirit, musicality and fire of American supergroup, Chicago. Leonid & Friends are simply one of the greatest performing tribute groups to play the music of Chicago. LEONID & FRIENDS IS A MUSICAL AND SOCIAL MEDIA PHENOMENON. With over 15 million video views and over a million fans worldwide, the band has over 122,000 followers on Facebook, which caught the attention of an important influencer- the group Chicago. The appreciation Leonid & Friends received from Chicago’s management included a post on Chicago’s official website that prompted hundreds of thousands of views online. If you are fans of Chicago, don’t miss Leonid & Friends!

Known as the “KING OF OFF THE BOAT COMEDY” Anthony is a first-generation Italian-American. Born and raised in Westchester, New York, Anthony Rodia came out of the womb making people laugh. In his 20’s he tried a few open mics, but ultimately took a different career path as a finance manager of a luxury car dealership. In 2019, Rodia returned to comedy and left his day job to become a full-time stand-up comic. He hit the ground running and performed 100 shows in just nine months, and within three years Anthony has gained a massive fan base online and around the country.

In a very short time, Anthony gained over 900,000 social media followers and his YouTube videos have amassed over 22 million views. Rodia’s comedy pulls from his real life and razor-sharp observations on marriage, parenthood, road rage, and everything else worthy of a social media rant.
With the onset of quarantine, Anthony made the most of a captive audience, delivering a staggering 86 weekly videos. “ROAD RAGE WEDNESDAY” became a fan favorite, but his Uncle Vinny and Zia Lucia characters transformed into a phenomenon. They are the crazy uncle and aunt you love but can’t be out in public with, who speak their minds (whether you asked for it or not).

In 2021, Anthony launched Rodia Wines, which include a Zia Lucia’s White Blend and Uncle Vinny’s Red Blend that both pair perfectly with any of your favorite Italian dishes. Rodia Wines will soon be available in local retail stores and is currently available online at https://rodiawines.myshopify.com/.

Rodia also host the weekly podcast, Little Bit of Laughs on Podcast One. Get to know the comedian behind your favorite viral videos and stand-up comedy alongside his co-host and radio legend Goumba Johnny. Join Anthony and Goumba as they get into hot topics, rants, pranks, and listener’s questions and stories. 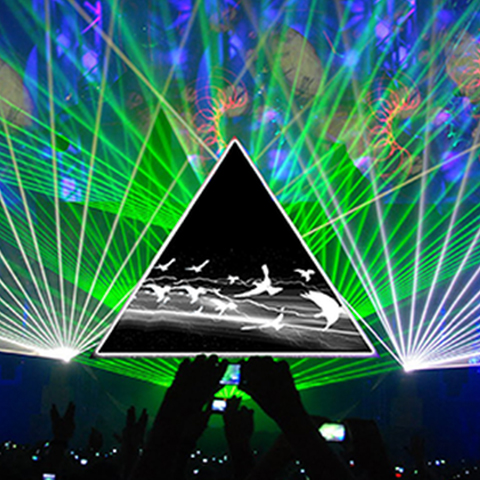 Experience the original music of Pink Floyd as you’ve never seen before. Paramount’s Laser Spectacular is a smash hit multi-media laser and light show, which has become a rite of passage for a wild new generation of rock fans. The Laser Spectacular carries listeners away on a mind-expanding journey, driven by cutting-edge effects, high-powered lasers, and large screen video projections; all choreographed to the masterful soundtrack of Pink Floyd. 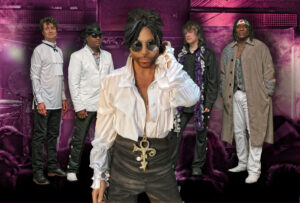 Due to your overwhelming response and demand, Marshall Charloff & The Purple Xperience will return for the Fourth Annual musical tribute that keeps the spirit of Prince alive! “Let’s Go Crazy” and ‘Party like it’s “1999”‘ in celebration of this musical icon. If you want the true Prince experience, look no further than The Purple Xperience. As fans continue to mourn, the tributes to Prince’s legacy continue.
Come dressed in your best Purple Passion or come as you are! Cash prizes awarded to the best Purple Passion Outfits (Look-A-Like). This show leaves no one disappointed and has sold out three years in a row. Get your tickets now! 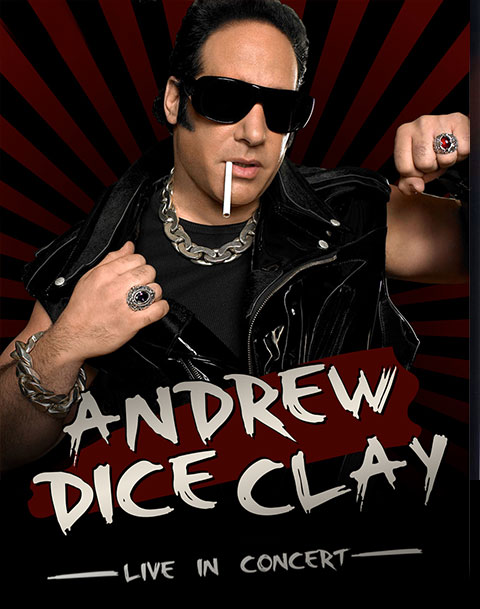 ANDREW DICE CLAY is proud to be one of America’s most controversial and outrageous comics. When he released his debut album, Dice, the parental advisory label simply read “Warning: This album is offensive.”

Dice’s rise to fame was nothing less than meteoric; he became the first comedian to sell out Madison Square Garden two nights in a row and was the only performer ever “Banned For Life from MTV.”

Dice has released numerous best-selling DVDs (No Apologies and Dice Rules!) and a string of multi-gold and platinum selling CDs (The Day The Laughter Died and Face Down, Ass Up). Dice also starred in several one-hour HBO and Showtime stand-up specials including: The Diceman Cometh and Indestructible.

Over the last few years, Dice’s career has experienced a resurgence, most notably when he starred to great critical acclaim alongside Cate Blanchett and Alec Baldwin in Woody Allen’s Blue Jasmine, his recurring role on the final season of Entourage, Martin Scorsese’s Vinyl and most recently in the award winning, blockbuster hit, A Star Is Born. His other notable TV credits are The Celebrity Apprentice, where he is proud to have been the first celebrity thrown off the show and his Showtime series, Dice. Also, in 2015, Simon & Schuster published Dice’s brutally honest autobiography “The Filthy Truth.”

For decades, Dice continues to be a comedy force to reckon with so don’t miss this Undisputed Comedy King! 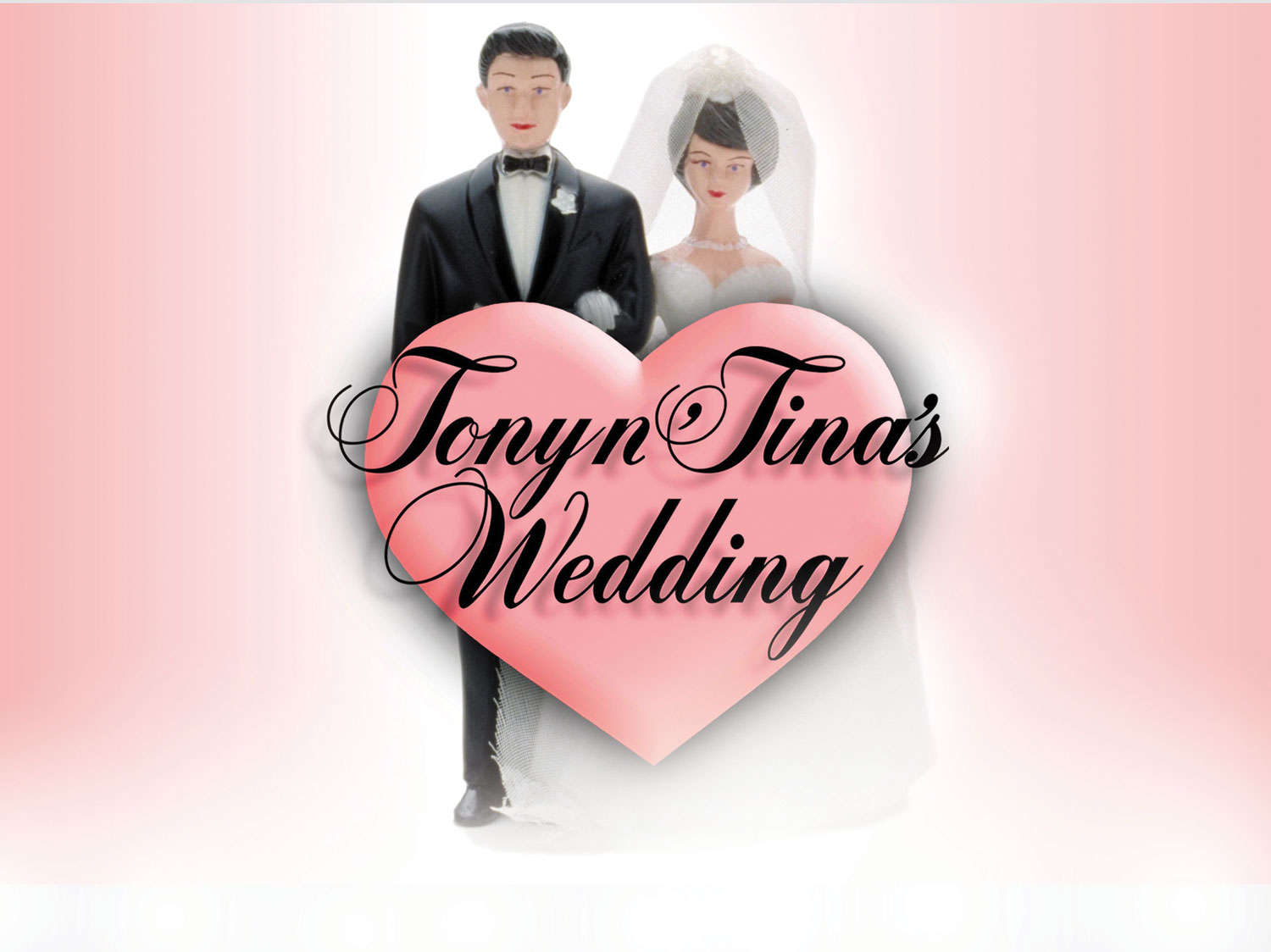 Postponed from February of 2022. Tickets purchased will be honored for this new date.

*$66 ticket includes dinner!
At this one-of-a-kind show, audience members play the roles of Tony n’ Tina’s Italian-American family and friends during their nuptials. Everyone is invited to actively participate in this immersive comedy that includes dinner, dancing,and all parts of the wedding reception! This incredible evening will be something you’ll be talking about for years.